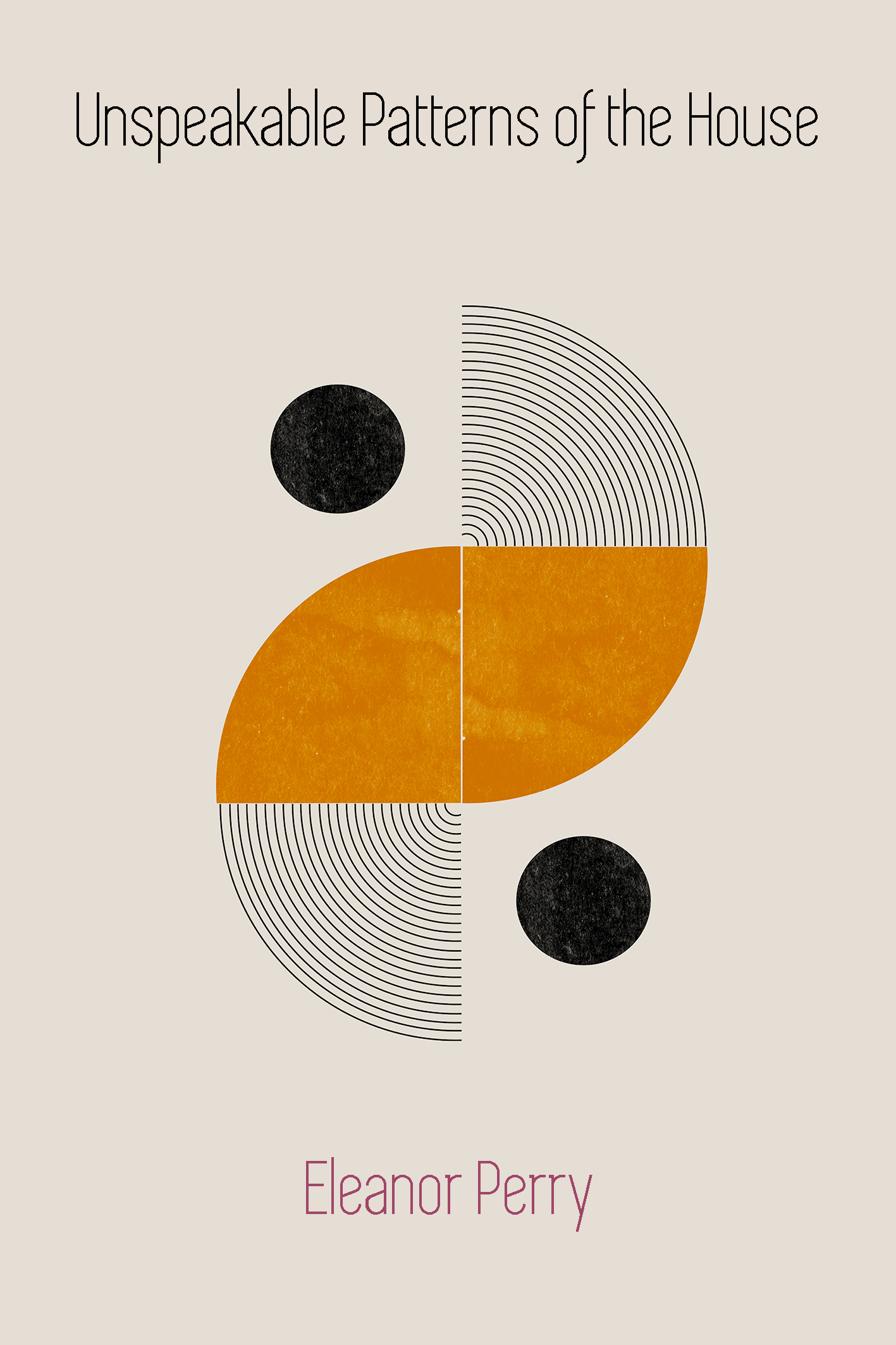 Unspeakable Patterns of the House explores glitches in the uncanny spatial syntaxes of the household. As they traverse modes of partition, seclusion and withdrawal, the poems interrogate speakable patterns and brittle privacies upon which unspeakable – terrible, inexpressible, unsaid – human geometries are mapped.

A hermetically sealed mille-feuille, clear in its form – each heteroglossic layer both revealing and concealing its secrets. - Sascha A. Akhtar, author of Astra Inclinant

This is a poetry of taut irony, comedy, darkness and abjection, where anonymous tech shrieks at the self's peripheries and where the threshold of the holocene shudders in ecstatic, furious chorus. Exposing the violence of enclosed spaces – of bodies, homes, minds, states – Perry also creates cuts, nurturing spaces of intimacy and wakefulness ('in this way, we might understand the verb to wake as meaning to cut open'). Through these serious games of erasure, re-composition, and deviously cloaked sincerity, the unspeakable finds utterance, the obliterated, dimension and light. - Samantha Walton, author of Bad Moon

Between justified margins and jabbing couplets of precision, here's a riotous suite of anti-augury, a new way of being on the page. Perry psyches out psychoanalysis and outwits the stars. She balances embodiment against dissection and hurdles alienation for intimacy's sake. It's about skeezy entrails, a lemonade stand, the watery friction of routine. It is the role of silence to undo objects. The acidity is vital; it keeps us awake. - Luke Roberts, author of Rosa