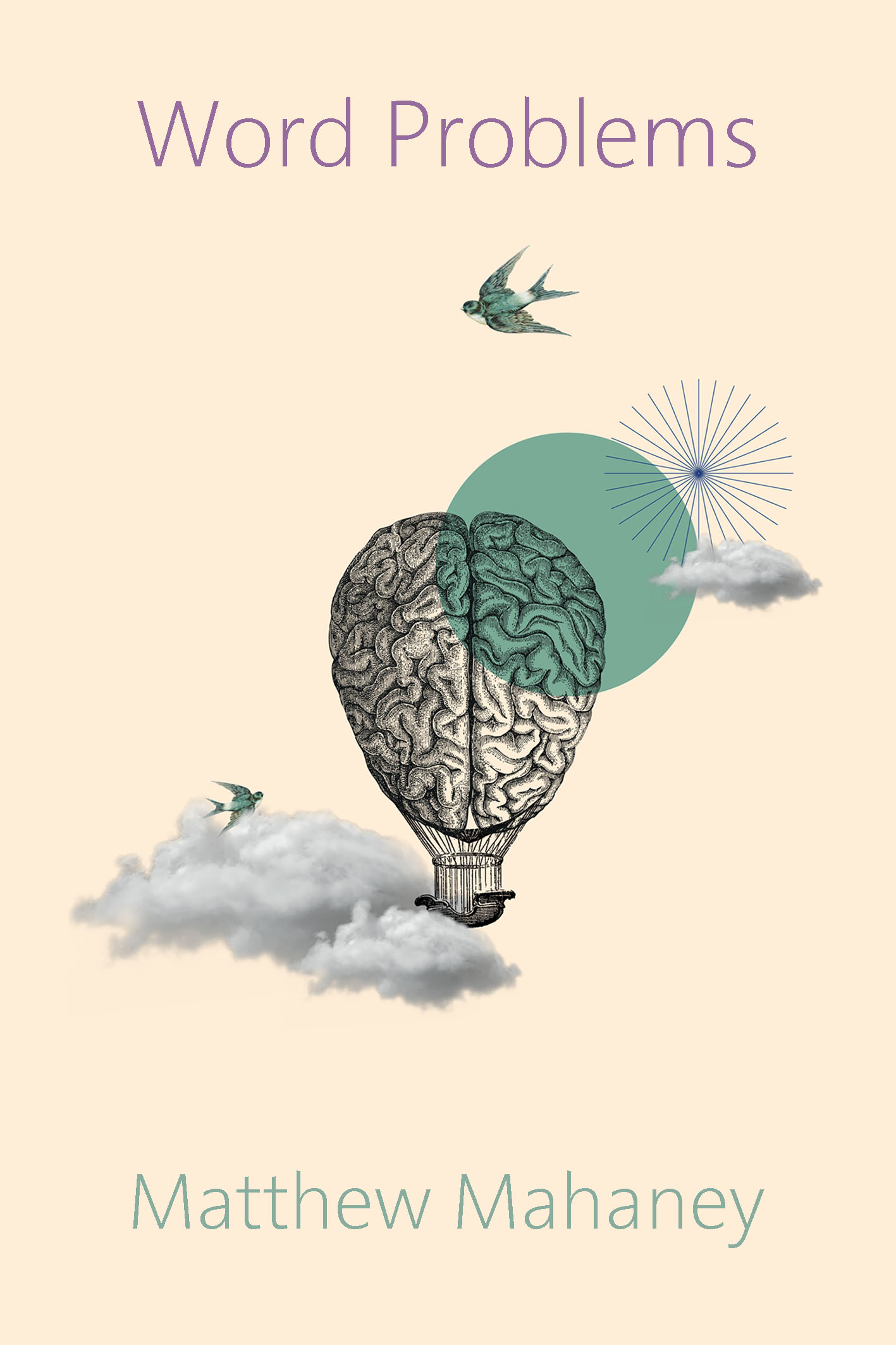 A person is struggling to solve the book they hold. Their focus is unmoored by the cadence of the form, by the wind pressing silk against the cave their ear resembles. An equation coalesces as a system follows logic. What have they forgotten? How long will the expected and the unfamiliar take to coalesce?

In Word Problems, NEGATION : CONTRADICTIONS :: myth : science. Or maybe it’s that DEATH : INSECTS :: friendship : pixels? In Mahaney’s poems, the absurd violence of formality cozies up to the synergistic magic of nature, enabling fantastical analogies. Using a surreal lexicon that watercolors away textbook analytics as it reinforces dream logic, Mahaney shows us the unlimited possibilities in penciling outside the bubbled letters.- Sadie Dupuis

Gorgeous, surreal, incisive. With a finely tuned sense of rhythm and syntactic balance, these poems twist the reader’s expectations to flesh out the familiar illogic of this world.- Henk Rossouw